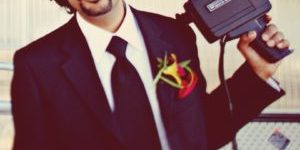 We met Faisal in Barbados earlier this year when he attended the CT2011 Incubator. This prolific Canadian filmmaker is of Trinidadian and Bangladeshi heritage.

Making the Band, a feature film that he co-wrote, co-produced and was the Director Of Photography for, has just won multiple awards at the prestigious Zanzibar International Film Festival. It won the Chairman’s Award from chairman Martin Mhando who said of the film, “This is a Knock Out! Emotionally charged and that’s what Zanzibari / African audiences will resonate with… Absolutely a charm.”  Making the Band also won the award for Best Score.

The lighthearted drama follows four young women trying to make it big in the music world with their Afro-pop band based in the most unlikely of places: chilly Montreal, Canada.

Faisal has many other projects. See: Green Dragon Productions