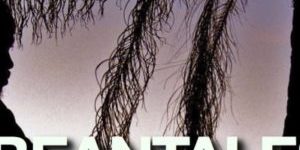 The third in a 3-part series in which documentarist and screenwriter Wenty Bowen, explains why SING YOUR SONG is a must see for Caribbean and especially for Barbadian, audiences. Read Parts 1 and 2 here.

Though recognized with Grammy, Tony and Emmy® awards, Belafonte was blacklisted, harassed by the House Un-American Activities Committee (HUAC), spied on by the CIA and FBI, and threatened by the Klan, state troopers and Las Vegas mafia bosses.

After the assassination of Dr. King, Mr. Belafonte’s activism expanded far beyond civil rights for blacks, taking up the cause of Native Americans in the ‘70s. In the ‘80s, his activism increasingly shifted to Africa, where he campaigned against hunger and inspired the making of the album and the video of “We Are the World”. In the ‘90s, he goes to Haiti, in the 2000s, Iraq. He slowed down, but he kept plugging away at his causes. He took action to counter gang violence, prisons, and the incarceration of youth.

An HBO interviewer asked director Rostock why she ends the film with Mr. Belafonte, asking, “What do you do now?” Why end the film with a direct address to the audience? she was asked.
She replied: “I start and end the film with that message. The first few minutes are a rapid fire of where we are today and Harry talking about how he feels about that. And everything in his soul and every fiber of his being says: What do we do now? The idea was that you figure out for yourself what to do now, after seeing what had been figured out for you in the past. As Ruby Dee recalls in the film, Harry told her You need to find an assignment – I’m not going to give you an assignment. The film is designed to inspire young people to find their assignment.”

“Harry actually came to me with the film and we spoke for many, many hours. At one point, he took my hand, his eyes filled with tears, and he said, “I’m so worried that I’m not going to be passing the baton.” At that moment I was reminded that when I was 15, I wanted to march with Martin Luther King from Selma to Montgomery. Now I have a 15-year-old daughter who is filled with the same passion and desire to change the world as I was, but with no leaders or organized movements to turn to. I thought that making this film would help to pass the baton and provide my daughter’s generation with a roadmap.”

“Sing Your Song” premieres at the Frank Collymore Hall on Wednesday April 11 at 6:00 p.m.